A media technology student from Solent University is celebrating after being named student of the year at the 2021 Rise awards.

A media technology student from Solent University is celebrating after being named student of the year at the 2021 Rise awards.

BSc (Hons) Live Sound Technology student, Holly Van Der Rest, was nominated by her lecturer Polly Hickling for her continued motivation and hard work as well as her involvement in the Rise Up Academy.

The Rise Up Academy is an outreach programme delivering broadcast engineering and technical workshops to primary and secondary school children aged 9 through to 18 years old. Its intention is to inspire, educate and inform children and young adults about the pathways and career opportunities available to them within the broadcast technology industry.

Carrie Wootten said ''The Rise Up Academy had a fantastic week working with school children from Portsmouth UTC - with the young people aged 15 and 16 years old. We delivered eight workshops to 211 students in total. The workshops were supported by industry representatives, as well as three exceptional students from Solent University. Their expertise, knowledge, enthusiasm was superb, and we couldn't have achieved so much without them. Holly, Oli and Alice were a pleasure to work with and we really hope we can involve them again at another point in the future.''

Holly Van Der Rest said 'Volunteering with the RiseUp Academy was an amazing opportunity to help educate younger students on the broadcasting industry and see their excitement first-hand with the equipment used. It was also a brilliant opportunity for me to meet and hear from others working in the industry and talk about the different jobs they all do.' 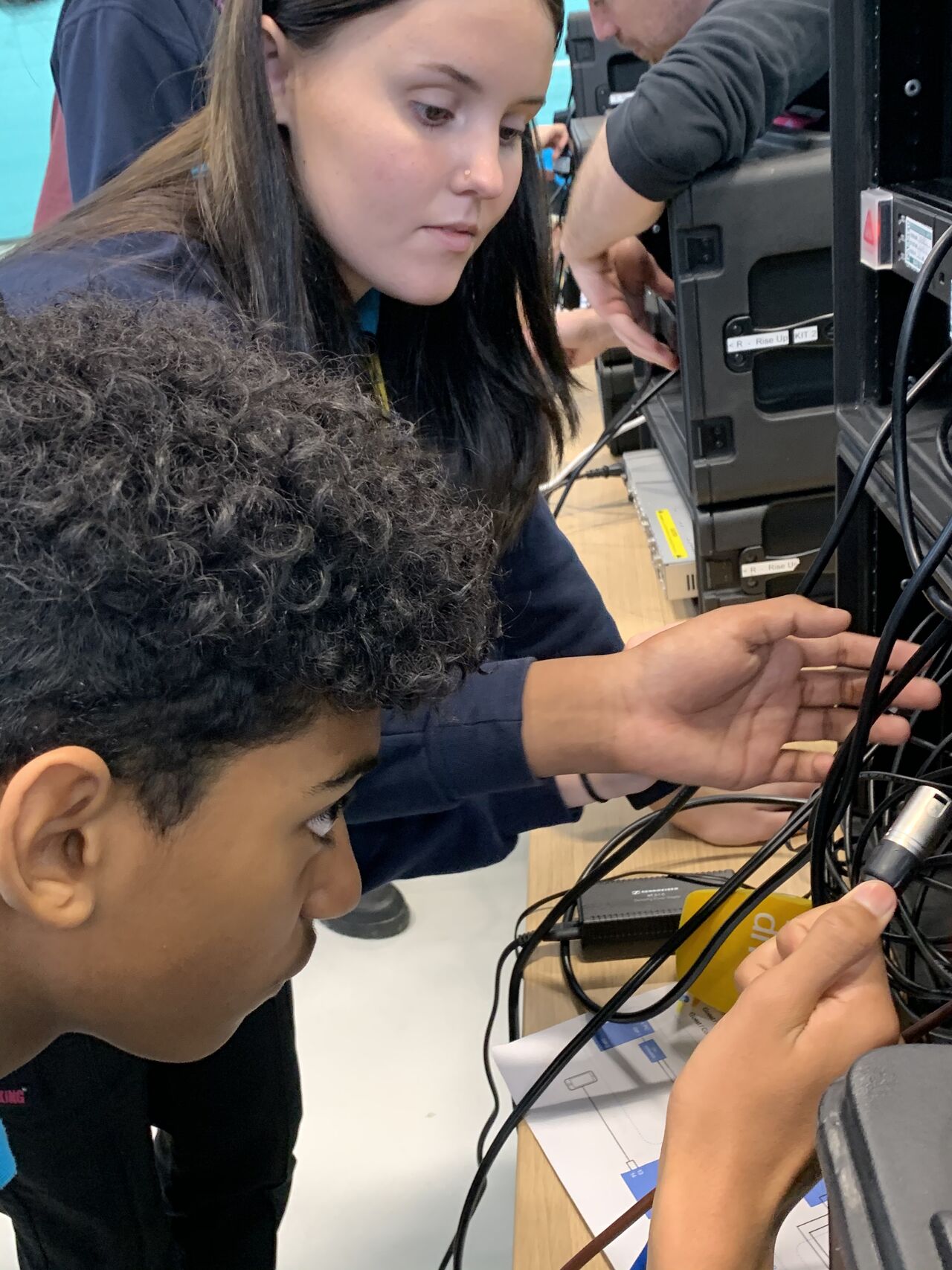