CIMPSA is the sector's only Chartered Institute who have been tasked by the government and industry leading employers to ensure those working within the sports sector have access to quality assured training, qualifications and continuing professional development (CPD) opportunities. To be nominated for the prize, students must have completed a CIMPSA-endorsed degree, actively engaged in enhancing their employability skills, performed strongly in placement, accessed industry-based professional development, and independently developed external contacts.

Course leader Adam Lewis explains why Peter was nominated. “Peter has been an exemplary sport coaching student and ambassador for the course, there are so many positive things to say. Never letting his cerebral palsy or his hearing impairment get in the way of his ambitions, Peter has excelled at University and is a valued member of the School. His enthusiasm, professionalism, manner, not to mention his sly sense of humour and skilful wheelchair manoeuvres, means almost everyone knows Peter and enjoys having his around.”

In his third year, Peter received a Solent Sports Colours Award recognising his dedication, attendance and leadership of the Solent Boccia Team, a club he helped establish. Furthermore, Peter was a nominated member of the Sport England Talented Athlete Scheme (TASS), recently won Bronze at a Boccia England Open, and won the national league gaining club promotion in their debut season with the Solent Team Boccia team that he helped start. Although his ambitions to become a Paralympian in Boccia might have been impacted by his recent reclassification, Peter will be continuing to compete in Boccia under his new category. 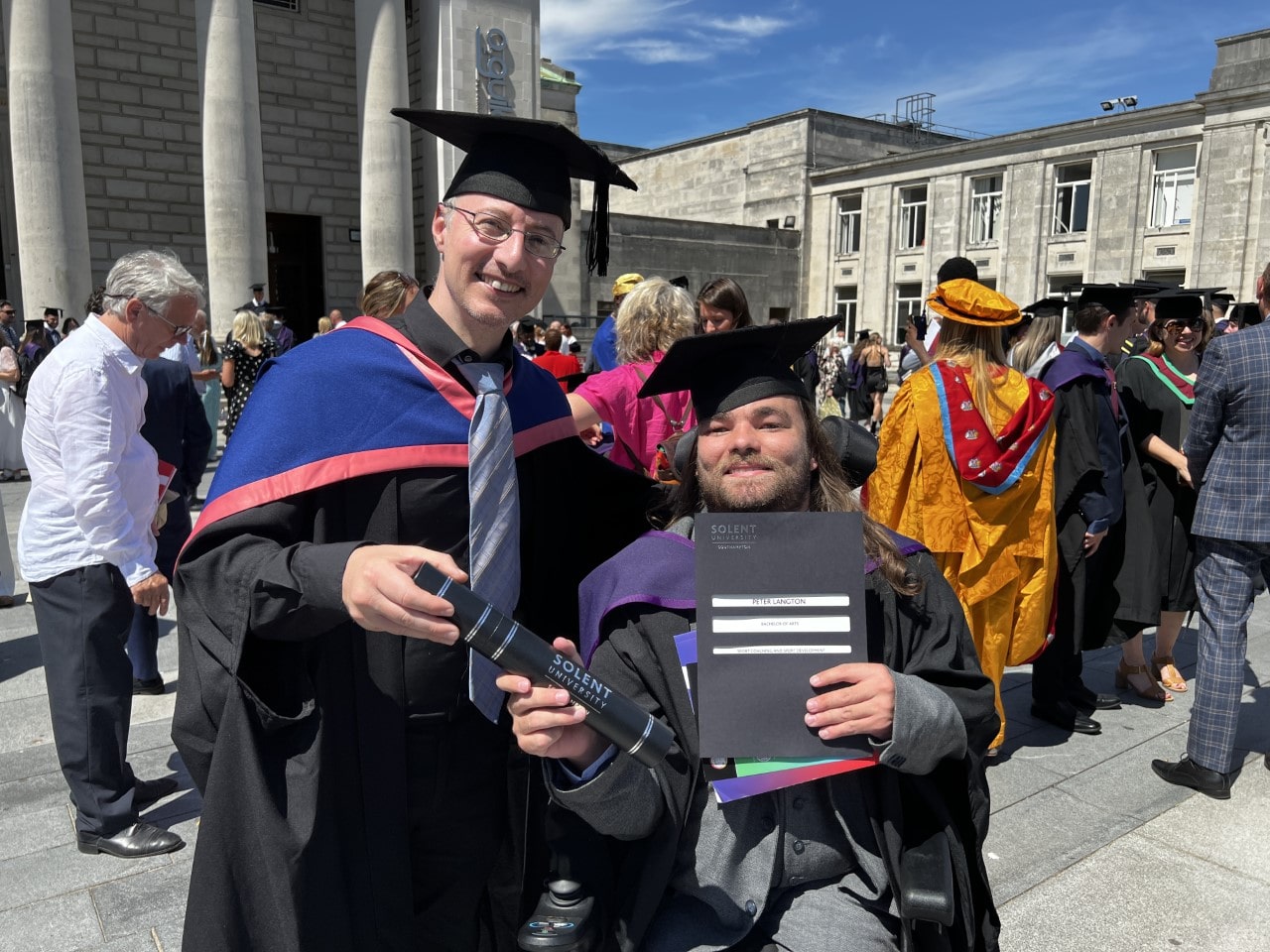 If you are a Solent alumni, don't forget to share your success with us as well. Tell us how your studies have helped you progress your career or share a memory that has stuck with you since graduation. Our students, past and present, are what make Solent the thriving and creative community it is today.