A music lecturer has used his spare time to put together a charity single, featuring 121 professional musicians he has worked with over the years, to raise money for charity during the COVID-19 pandemic.

A Solent University music lecturer has used his spare time to put together a charity single, featuring 121 professional musicians he has worked with over the years, to raise money for charity during the COVID-19 pandemic.

With thousands of musical gigs cancelled across the world, Colin Willsher, Associate Lecturer in the School of Media Arts and Technology, the project initially started off as a way to work with effectively ‘unemployed’ musicians and to show his students that you can still network and enjoy music during the lockdown, albeit in a slightly different way.

“It’s essential that we keep building relationships, networking and promoting ourselves from behind our screens. Although I have played with all of the musicians involved at some point in my career, a lot of them won’t have met each other before and hopefully some new connections will be made.”

Colin chose the iconic feel-good hit ‘Don’t You Worry 'bout a Thing’ by Stevie Wonder, with all proceeds going the Macmillan Cancer Support and Countess Mountbatten Hospice in Southampton.

“Both charities are hugely deserving.” Says Colin.  “The knock-on effects of the coronavirus means that charities need supporting more than ever.”

“I have lost three friends to cancer over these last few weeks. They each died at home during this crisis, which must have been horrendous for the families.

“We have also heard how hospices and care homes have been struggling to cope with the lack of PPE. Countess Mountbatten looked after my nan many years ago - she was the one that introduced me to music, so we are dividing our fundraising between them and MacMillan Cancer Support who both do amazing work and need our help more than ever.”

The project has been a real labour of love for Colin– who has been arranging the music, mixing and editing the video, and promoting the single.

This unique rendition is shared between 40 vocalists,13 drummers,11 bass players,15 guitarists,12 keyboard players,29 horns and a cello! With contributors from France, Spain, New York, London and many from his home city of Southampton.

“It’s certainly been a challenge coordinating everything” says Colin, whose daughter Maria and son Nick also feature. “But everyone has been brilliant and I’ve even managed to get Ian Shaw onboard, who taught me at music college and is the UK’s foremost jazz vocalists.”

Solent staff and students have done their bit too. Toni Diaz has mastered the final mix and senior music lecturers Pete Wilson, Patrick Ainsworth and Esther Frake are all performing on the track, along with former Solent students, including vocalist Ebonie G and guitarist Laurence Henderson.

You can find out more about the project on Colin’s website, which also has details of how you can support the project and donate to the chosen charities. 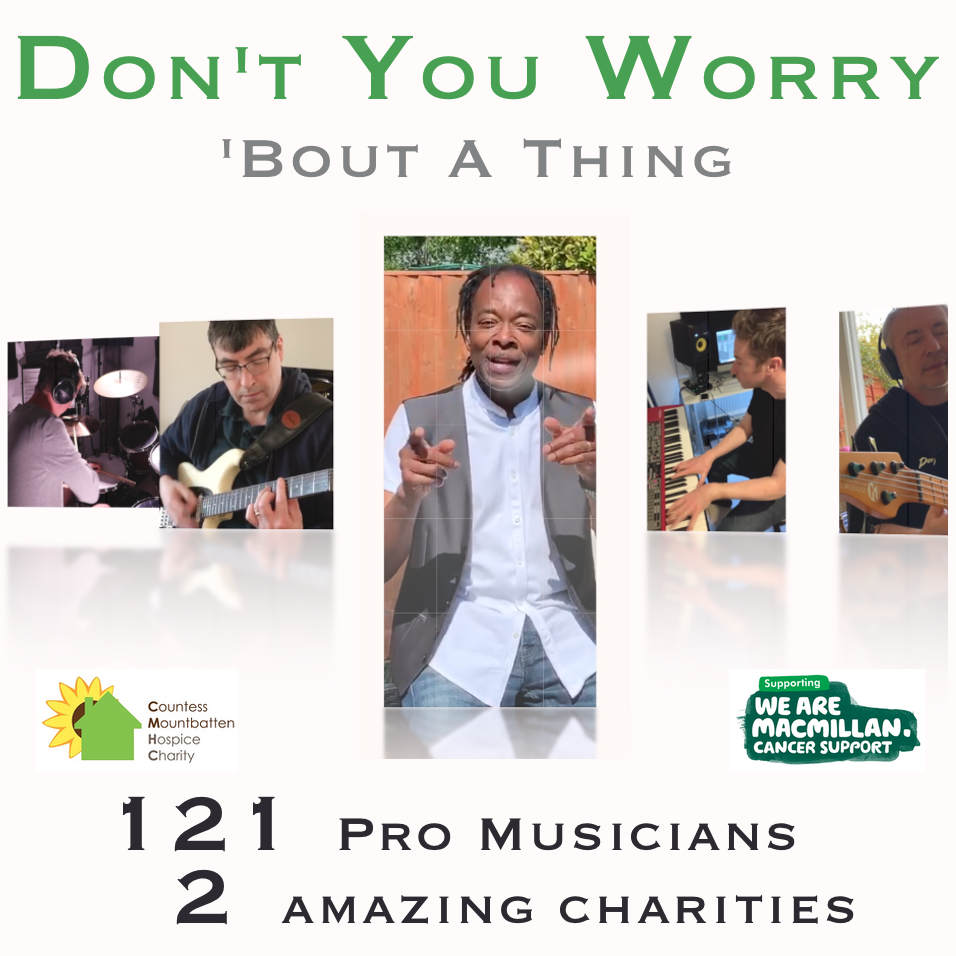