Ahead of the Women’s Euros 2022, which kicks off this week, a documentary shining a light on a story of gender inequality in the 1970s within the world of football was given its premier screening at Solent on Monday 4 July.

Ahead of the Women’s Euros 2022, which kicks off this week, a documentary shining a light on a story of gender inequality in the 1970s within the world of football was given its premiere screening at Solent on Monday 4 July. 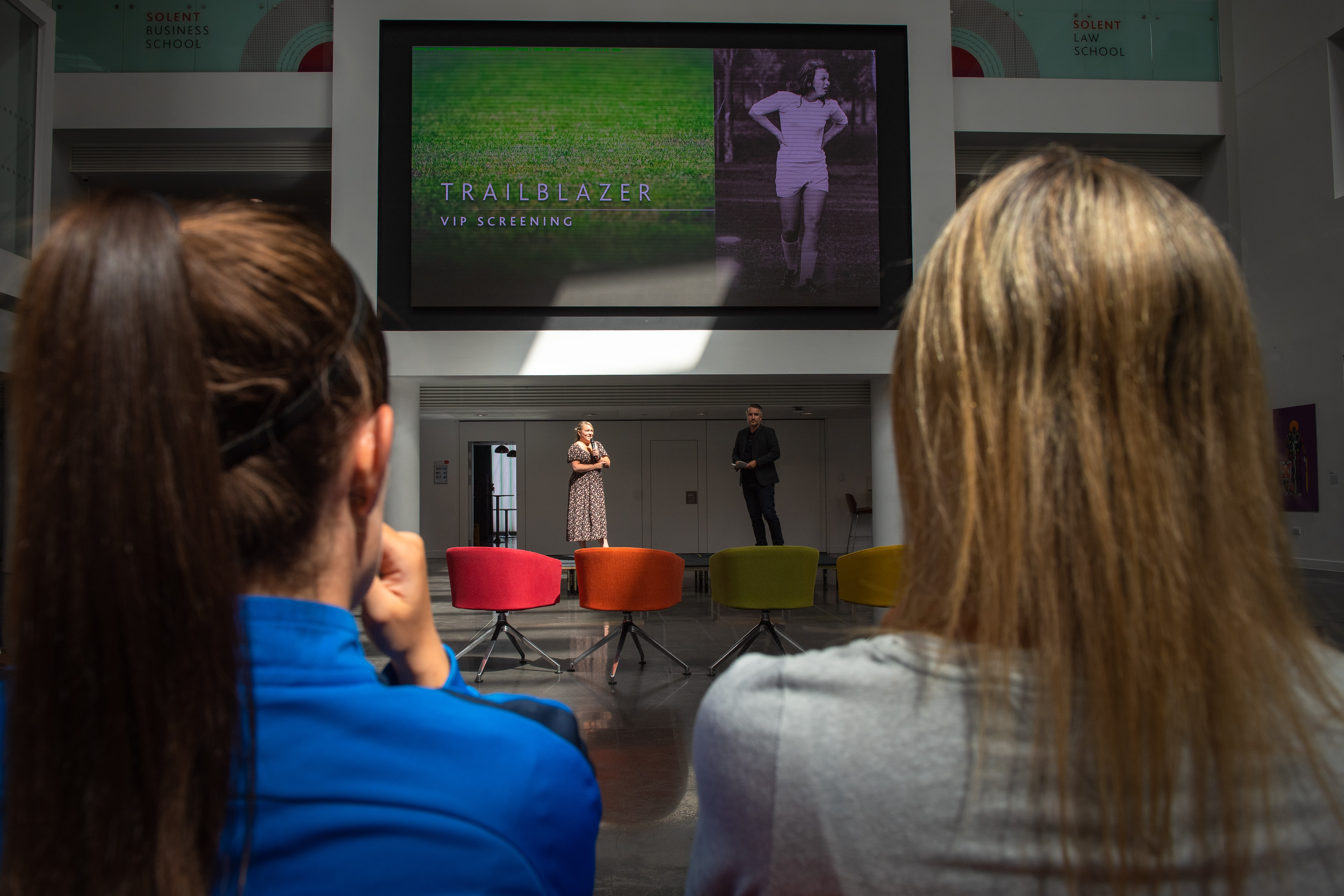 For her Final Major Project, MA Sports Broadcast journalism graduate, Leanne Goodall (pictured below left) produced a poignant documentary titled 'Trailblazer' inspired by Sotonian Louise Cross (pictured below right) - documenting her journey to playing internationally, within an England women's team in the 70s, as well as what happened next. In 1971, at the time Louise and her teammates played, a 50-year FA ban on women’s football had just been lifted and, with little support, female footballers in England had barely any facilities. They often had to play their games in parks. 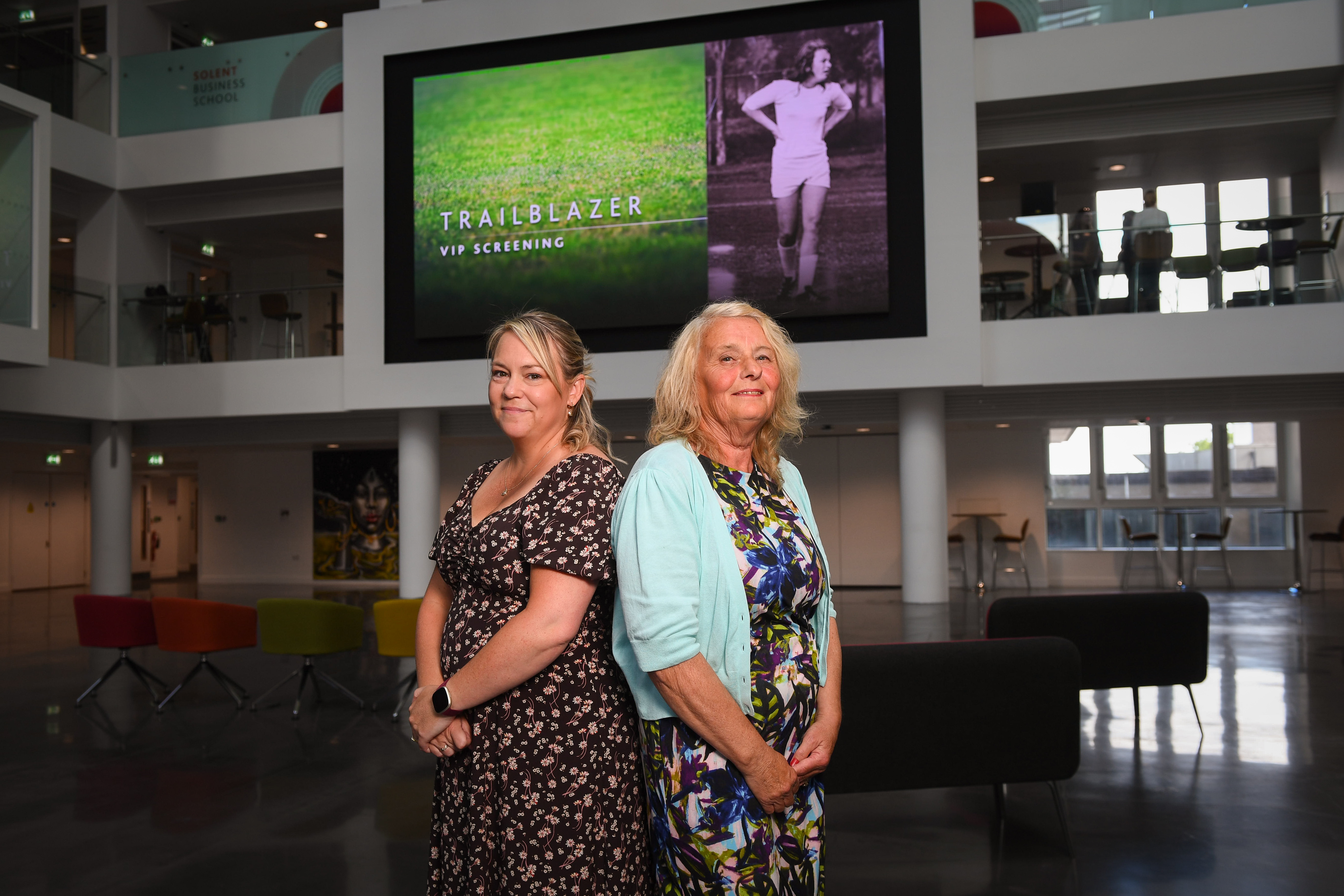 Louise and the team represented England in Mexico where they were treated like celebrities. They had well-planned schedules, media appearances and police chaperones. We hear of 'record breaking' attendance to women's games now, but the Mexico tournament drew in huge crowds of up to 100,000 people who paid to watch the unofficial Women's World Cup in the Azteca Stadium, Mexico City and took the young England team into their hearts.

On their return, the girls and their manager received various bans and were prevented from playing football. They were never officially recognised.

Leanne’s film celebrates and recognises Louise and her teammates for the important part they played in the history of women’s football.

Leanne goes on to say, “I want to thank Louise for sharing her story with me and for her part in paving the way for the next generation of women and girls to play. You can't truly appreciate what's happening for the women's game today unless you understand its past - on a personal level.

Louise grew up in a time when society largely dictated that women and girls shouldn't play football at all - yet it was the one thing that she truly loved. This set the scene for an incredible, sad and inspiring series of events that make up Louise's story - which is real, raw, and valid as part of the history of the game. The event is all about celebrating her achievements as well as all things Women’s Football. "

Senior Lecturer in Sports Journalism, David Reilly says, "I'm immensely proud of Leanne. She has produced such a powerful final film which charts a historic moment in women's football, and it deserves to be in the Sea City Museum exhibition and receive a screening, like this. This event is also recognition of the MA Sports Broadcast Journalism degree at Solent and how the work, which our students produce, really can make an impact outside of the University. We always boast that our graduates are ready to enter the world of film, TV and journalism and this proves it." 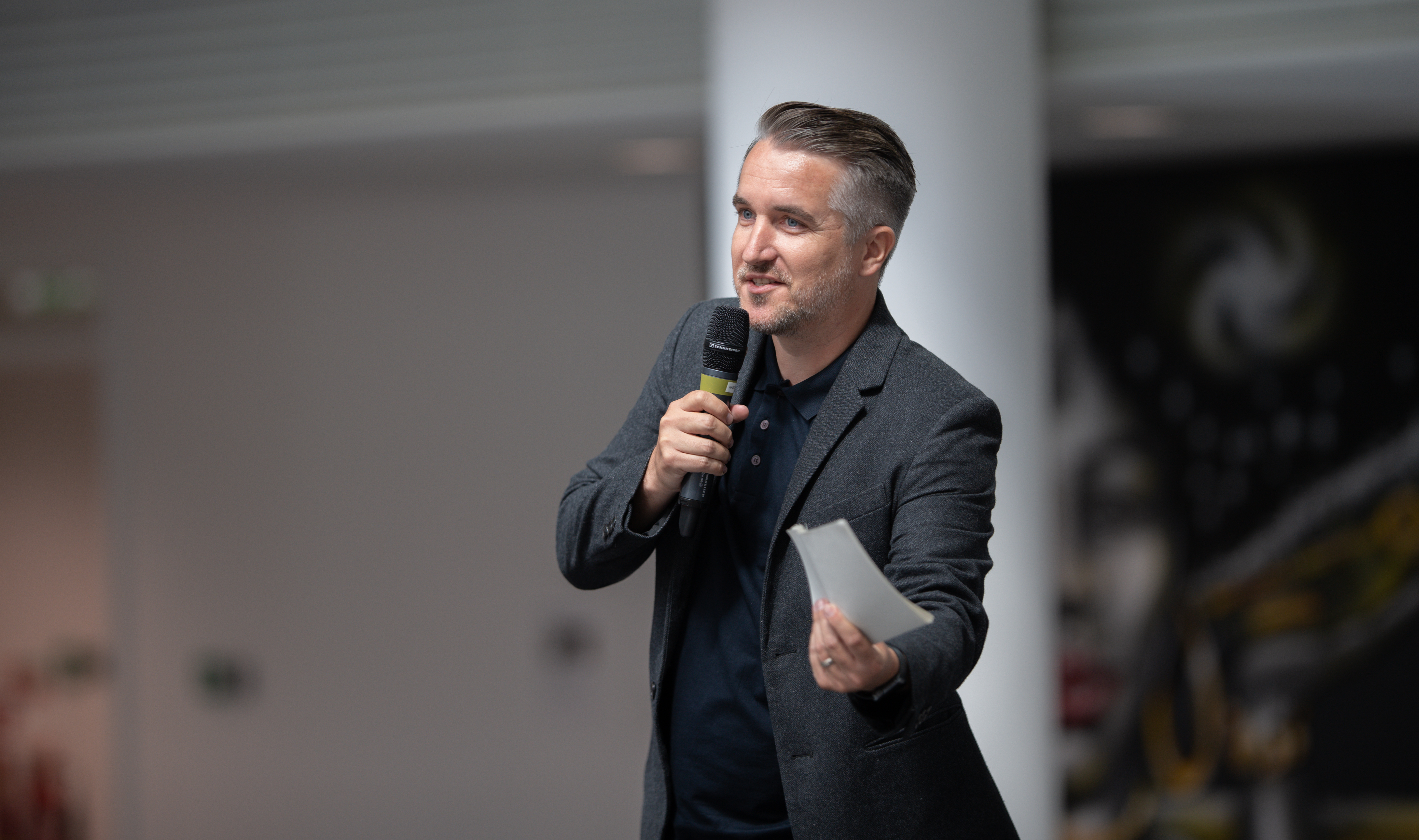 Talking about her time at Solent University Leanne says, “My lecturer was patient, professional, understanding and super supportive - cheering me on at every turn. I was pushed to challenge myself and, as a result, I did things that I never would have done/thought I could do.”

Trailblazer will be held in the archives of Southampton SeaCity Museum from this July. It is part of the work on the Southampton Stories exhibition which aims to document the city's part in the history of women's football.