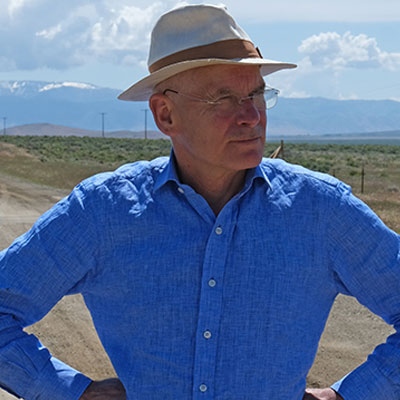 Andrew Cross has been teaching at Solent University is an associate in photography and has contributed to further BA and MA Visual Communication courses.

After graduating in fine art at Bath Academy of Art in 1983 Andrew developed a successful career in exhibition curating and worked at a number of regional galleries including Southampton City Art Gallery. He subsequently worked as in a freelance capacity for organisations including the Photographers Gallery.

Focusing on his own visual art practice in stills photography and moving image since 2000, Andrew has seen his work exhibited and published widely.

He is currently completing a PhD with Brighton University examining landscape, memory and photography. Reflecting his wider interests and experience Andrew is also a visiting lecturer at the School of Architecture, University of Nottingham.

As well as a substantial track record in exhibition curating, Andrew’s own work has been exhibited and published widely and met with critical acclaim. His first book of stills photography Some Trains in America was published in 2002 followed by Along Some American Highways in 2003. His first moving image work, also featuring US railroads was short-listed for Becks Futures 2004. Reflecting interests in landscape and transport infrastructure, An English Journey was commissioned by Film & Video Umbrella and John Hansard Gallery in 2004. More recent projects include The Solo 2010 (featuring the collaboration with rock drummer Carl Palmer and produced at Solent University), Mogadishu – Lost Moderns 2013 (a collaboration British-Somali architect Rashid Ali) and returning to a life-long passion for railways, a major commission for the National Railway Museum, York in 2014.

Interests focus mostly on aspects of space, place and time. In particular how landscape and the history of landscape is experienced through technologies of movement and how these experiences are represented visually in photography and film.

Andrew is currently completing practice-led PhD research at Brighton University. In the Beginning and Always: An Archaeology of Childhood Found in Landscape and Photographs examines the military and agricultural landscape of Salisbury Plain where he spent his early childhood.

Completing a number of new bodies of photographic works relating to PhD research focusing on the landscape of Salisbury Plain.

Continuing to develop new moving image works focusing in North American railroads. Production of this work is the subject of a new documentary film Ferroequinology directed by Alex Nevill and due for release during 2021.