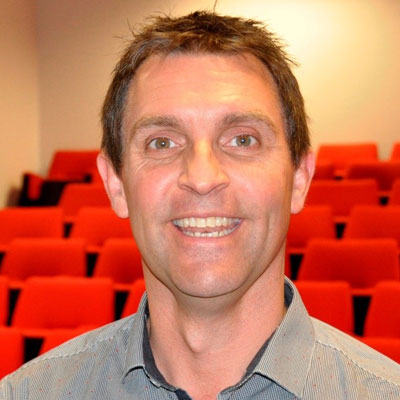 Dr Dominic Cunliffe is currently the Programme Director for Physical Education - his specialist area lies in motor learning and child development. Prior to joining the Faculty of Sport, Health and Social Sciences at Solent University, Dominic held various positions across the whole of the educational structure, in both state and private education, and was the head of department for a further education college in the UK. Dominic is also an adjunct supervisor at the University of London, supervising PhD students in a range of projects involving educational reform, and hold a Senior Fellowship with Advance HE.

Dominic built his reputation with his devotion and specialism to child development within education settings during the past 20 years, and is a champion of scholarly activity, achieving several commendations from both national and international bodies. Dominic’s own PhD examined the construct of learning to improve lesson delivery, has helped shape the learning environments of approximately 4500 children across the local area, and his seminal work regarding individual learning, personalised learning, and lifelong learning has been presented to global audiences. Additionally, Dominic has published several peer reviewed articles related to learning within physical education, including the use of technology and the promotion of physical literacy beyond the classroom

Dominic has also served as a consultant with the Department for Education during the National Curriculum reforms, assisting with the strategic direction of a national framework of education for the UK. Additionally, Dominic was trained by Ofsted, [not a current practicing inspector] and has valuable experiences in educational leadership and school development, and currently serves as a consultant with a county education authority. Dominic has led a team of education professionals through a strategic approach that involves close liaison with designated groups such as headteachers, learning leaders, school inspectors; education psychologists, occupation therapists, social care, IT and data managers, catering, and school governance, all supporting the single vision of improving school standards across the county. Such experiences have been invaluable to understand the dynamic procedures in which central, regional and local governmental departments operate, and Dominic is able to utilise such knowledge within his current role.

Dominic has also been the lead consultant to the Ministry of Education for an African nation during the reform of their national curriculum framework, assisting with their move away from the traditional colonial approach of an examination of knowledge system to an individual competence-based curriculum. As such, Dominic was tasked to complete several monitoring reports regarding the evaluation of educational practice and has worked with approximately 100 HTs across a range of school settings. Additionally, Dominic’s seminal work within child development has seen his involvement with the reform of the same African nation’s Olympic youth development programme to widen participation and nurture talented children.

Dominic has acted as Board of Trustees and Board of Governors with local schools, as well as an academic consultant to an independent training provider. He currently holds an elected office with the International Physical Literacy Association, allowing him to liaise with a global audience and direct operational strategies across a consortium of 27 countries from Europe, Asia, Australasia, Africa and the North Americas. As a direct impact of this position, Dominic is lead counsel for mobility and am constantly seeking opportunities for additional funding for related global projects, and can claim a submission portfolio in excess of €2.6million.

Dominic is a firm believer in facilitating staff and student collaborations and is working with several students on issues affecting the delivery of effective physical education in schools. Topics include (but are not limited to) use of technology in the classroom, understanding the philosophy of physical literacy, teaching practices for physical education, and inspiring a nation to be physical active.

As a direct impact of his involvement with the International Physical Literacy Association, Dominic is lead counsel for mobility and is constantly seeking opportunities for additional funding for physical activity related global projects, and can claim a submission portfolio in excess of €2.6million.