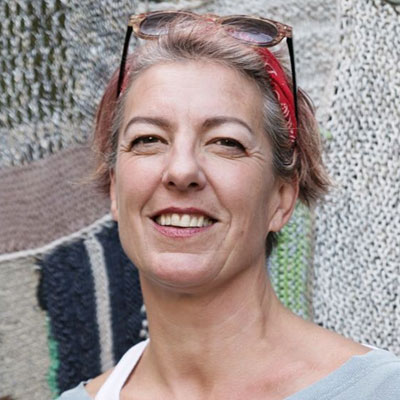 Sarah spent many years as a veterinary surgeon before giving in to the creative drive, and gaining her BA (Hons) Fine Art from Southampton Solent University, where she is now an associate lecturer on the fine art team.

A gentle revolutionary, working with death, knitting, the human-animal relationship, and feminist perspectives, Sarah works individually and collaboratively with video, photography, drawing, and yarn-based crafts. Her work has been shown and screened locally, nationally and internationally, with recent commissions for Mottisfont Abbey gardens, National Trust, and Lux13 Critical Forum.

Sarah co-founded unitllstudios, an artists’ collective in Southampton, in 2010, and ran it until the end of 2014, when she moved out of the studios to pursue new projects, including becoming involved in medical humanities, and development of a proposal to become artist in residence at a vet school.

(2014) – A series of group exhibitions at the Mettricks Tea and Coffee House, Southampton.

Visiting Lecturer at University of Southampton

Sarah considers her work on the conscious, objective-led and artist-led development of the art-working infrastructure existing for artists living and working in Southampton to be an element of her art practice. Working with artists and institutions in the city, and funded by Solent University, Arts Council England and aspace arts, Sarah is currently working on ‘GHT – a reincarnation’, a project she devised and designed.

She is exploring the role of a new arts and heritage centre in Southampton and how it provides meaningful engagement for the community it will serve. Eight local artists taking part in the project are concurrently investigating how group working can inform and enrich individual practice. Within this project, her own work is concerned with female representation in history, and our human relationship with other species, taking the building as a location of hidden interaction.

Arts Council England grants for the arts for 'GHT - a reincarnation'.

In a co-mentoring relationship with artist Alys Scott-Hawkins, Sarah is developing a body of work over an extended period, in tandem with other investigative works relating to mothering two teenage boys.

By way of reflection on the endeavour and frustrations of nurture, Sarah is tatting bespoke jackets for every stone on Highcliffe Beach. In a co-mentoring relationship with artist Alys Scott-Hawkins, Sarah is developing a body of work over an extended period, in tandem with other investigative works relating to mothering two teenage boys.

Ongoing is the ‘blue jumper’ – a self-initiated, community knitting work involving over one thousand people knitting onto the same piece, which invites consideration of community, recovery, connection and inclusion, and the boundaries (imagined, imposed or otherwise) between art and craft.

Sarah is collaborating with poet Angela Louise Chicken, on visual presentations of poetry through book works and videopoetry. This work is underpinned by research into current tropes in moving image, investigated via the lux critical forum.

‘Playback’ is a joint project with other members of the fine art team – the first element of the project, realised in July 2013, is a group exhibition, with a publication and dialogue opportunities to follow: ‘playback’ will act in part as an arena for discussion about fine art education and our place within it, drawing attention to the diversity of disciplines practiced by the team, and the variety of ways in which such work intersects with wider contemporary practice.