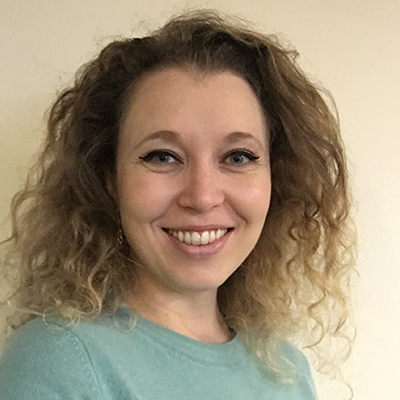 Alex studied music at the University of York, and vocals with Anna Maria Friman, before training as a teacher through the University of Chichester. She has diplomas in classical and musical theatre performance, which have helped to inspire her teaching and appreciation of a wide repertoire.

Harmony singing is Alex’s specialism and passion. She has performed with Celestial Sirens, exploring the music written for and by women from the fifteenth to the eighteen century, as well as Trio Mediaeval, Gavin Bryars and John Potter of the Hilliard Ensemble, and Triqueta alongside Richard E Grant. She has performed in beautiful venues including the Royal Albert Hall, St Paul’s Cathedral and Westminster Abbey.

In 2013, Alex founded a 1940s vocal harmony trio, and has performed at festivals including the Goodwood Revival, and numerous private functions and celebrations. She sang and played percussion in Wonderband, and performed at the inaugural and successive Winchester Jazz Festival and performs solo in the local area.

Since 2016, Alex has been the conductor and vocal director of Wyvern Community Choir, a 100-member choir based in Fair Oak, Hampshire, for whom she has arranged various popular and folk songs for mixed voices. She has been the musical director of college shows including We Will Rock You, Les Misérables and Billy Elliot.