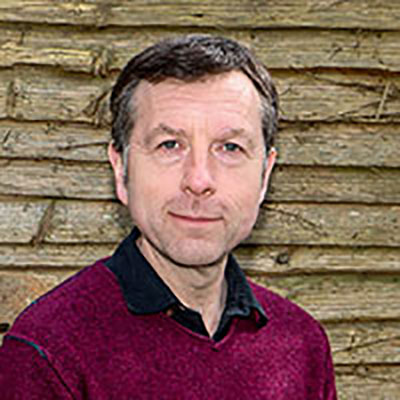 Michael has a BA in Drama from Aberystwyth University, a Post Graduate Certificate in Further Education (Performance) from the University of Greenwich and a PhD awarded by the University of Winchester in 2014. The title of his thesis is ‘Respectable Capers’ – Class, Respectability and the D’Oyly Carte Opera Company 1877-1909. It investigates ways in which the cultural values of the ‘respectable’ Victorian bourgeoisie affected spoken and sung performance styles and production values in the musical theatre of the late Victorian West End. A recent book, based on this thesis, entitled Gilbert and Sullivan’s ‘Respectable Capers’ has been published by Palgrave.

Michael began his professional life as an actor and director. Repertory seasons include A Midsummer Night’s Dream, Ghosts, Romeo and Juliet, and numerous commercial comedies, thrillers, and musicals for Canalcrest Productions at the Royal Hippodrome, Eastbourne, The Birmingham Stage Company at the Birmingham Old Rep Theatre, Falcon Productions at the Tivoli Theatre, Eastbourne, and Theatr Y Werin, Aberystwyth.

Non-commercial theatre and fringe includes British premieres of The Man Outside by Wolfgang Borchert (Manchester Festival of Expressionism) Brecht’s adaptation of The Duchess of Malfi, (Chelsea Centre Theatre), The Tragedy of Jane Shore (Duke of Cambridge), The Signalman, Dracula (Jekyll and Hyde), a West Midlands tour of The Chairs (The 5&9 Company), and a South East tour of Strindberg: The Man (Falcon Productions).

Having left professional theatre and after a variety of other jobs, Michael returned to higher education in 2007.

Prior to working as a lecturer, Michael worked extensively in professional theatre. He has also worked in local government, for a prominent trade union, and for market research and promotional organisations.

Michael has taught at Solent University since 2009 and, since 2006, at the University of Winchester.

At Solent Michael has delivered the following course modules: Collaborative Stage, Shakespeare and the Performer, Directing for the Stage, and Major Stage Project. He team teaches on the unit Self and Text, and is co-director of the third year West End Showcase.

At Winchester he has taught extensively on both practical and academic units at levels 3-6, and supervised third year dissertation students.

Michael’s research interests focus on musical theatre in general, and in particular, that of the late nineteenth-century West End.

If you dream of being in the cast of a West End or Broadway musical, Solent’s dynamic BA (Hons) Musical Theatre degree will help you build your practical performance skills in...

BA (Hons) Acting and Performance provides the perfect blend between screen and stage, preparing you with the techniques, knowledge and experience to launch a fantastic...