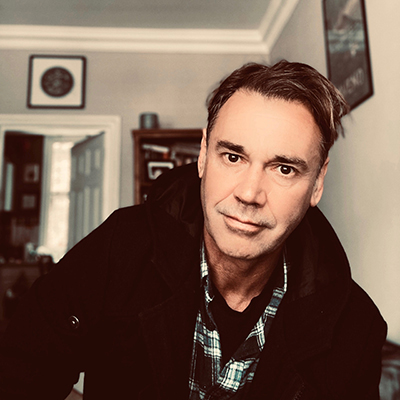 Paul Statham formed his first band, B-Movie, while still at school. They released three critically acclaimed singles, Remembrance Day, Nowhere Girl and Marilyn Dreams; an album; and toured the US and Europe.

After he began working with Bauhaus vocalist Peter Murphy and co-wrote eight studio albums including the breakthrough US top 40 album Deep.

He then formed electro pop group, Peach along with singer Lisa Lamb and producer Pascal Gabriel. The single On My Own featured in the hit comedy film Sliding Doors and went on to become a US top 20 single, selling over a million copies. An album, Audiopeach, was released but the band decided not to continue.

In 1999 he co-wrote Here With Me and I'm No Angel with singer Dido. Here With Me went on to become a worldwide hit and the album No Angel eventually sold 20 million copies.

The next few years have been spent collaborating with a number of artists, writing and producing, exhibiting art installations and teaching.

Paul has co-written many huge songs including:

He has also written with artists:

He has also co-written and produced:

Other musical achievements include: