Solent University were delighted to welcome Mark Evans, Chief Strategy & Development Officer for Telefonica SA, onto campus to deliver the first in the series of Honorary Doctorate In Conversation for 2022/23. Attended by students, staff, and members of our alumni, business and community networks, Mark provided a fascinating insight into the evolution of telecoms.

The session delved into how far and fast telecommunications technology has developed since the first generation of cellular car phones to the current fifth generation revolution with fibre-like download speeds and the digital transformation of industries. The presentation finished with a brief glimpse into the future with a demonstration of CyberDog – a quadrupedal robot from Chinese technology company Xiaomi – and a heart-warming video of how technology can be used to improve the lives of those who live with health diseases such as Parkinson’s.

Director of the Solent Business School Caroline Walsh comments, “My thanks goes out to Mark, his colleague Daniel Hernandez Ortega and Xiaomi representative David Montanya for a truly inspiring Honorary Doctorate session and for sharing with us a glimpse into an exciting future with so many possibilities. The interaction and numerous questions from those in attendance is a testament to how fascinating the subject you presented was.”

Mark was awarded the honorary degree of Doctor of Business in 2021 in recognition for the impact he has made in the world of mobile communications. Most notably, Mark oversaw the merger of Telefonica (O2) UK and Virgin Media; the UK’s sixth largest financial transaction this century, valued at £31.4bn. As well as being an Honorary Doctorate, Mark is an alumnus of the university.

We look forward to the next of Honorary Doctorate In Conversation which we will promote in due course. In the meantime, you can watch a recording of Mark’s session here. 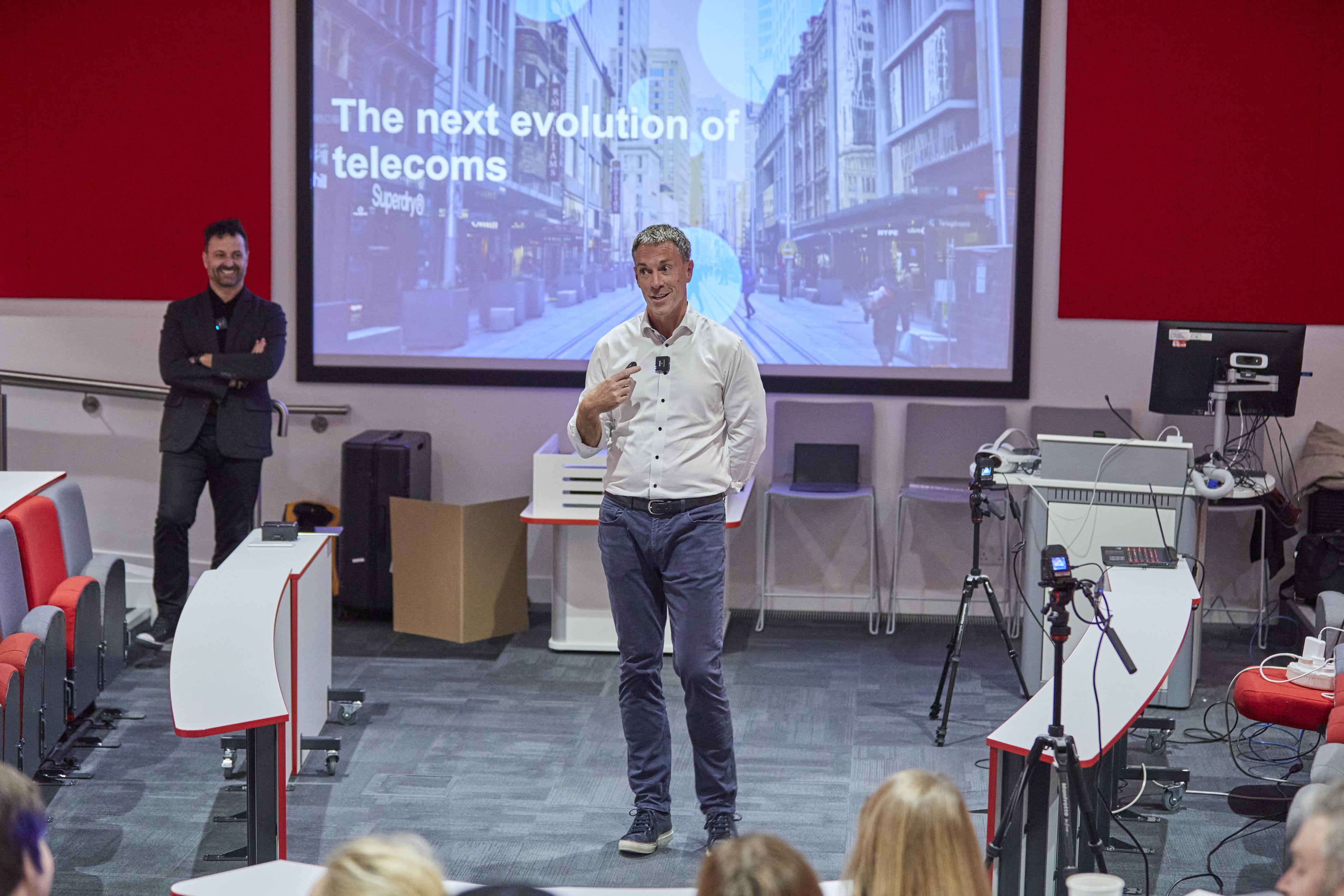