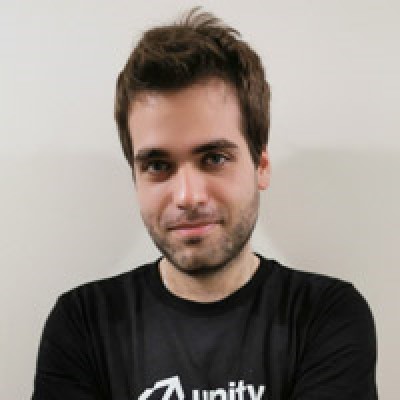 Kostas has been teaching at Solent University since early 2017. In 2019, he has received the “Excellent Feedback” and “Most Innovative Teaching” awards during Solent Teaching and Recognition Awards 2019.

He has also been a lecturer and BSc programme lead in the past at SAE Institute, representing South EU region, building up the modern games programming course currently used. Other teaching experiences in the past include course design and Training for the Hellenic armed forces’ staff in the area of Software and Web Development. For this important contribution, he was awarded Corporal status in the army. Lastly, he has been delivering technical training sessions and workshops with Microsoft Hellas since 2011 in multiple Greek universities.

Kostas has received first class honours in his BSc (2013) and MSc (2015) while studying computer science and eLearning at the University of Piraeus and has been the top ranked student for his BSc graduation. Furthermore, he has received numerous Performance Scholarships during his studies. Last but not least he has represented Greece at Microsoft Imagine Cup, ranking top 10 in the world finals in both Russia in 2013 and USA in 2014.

Kostas has been actively engaged with the games industry, running his own indie game studio back in Greece, developing a series of Mobile and PC titles using both Unity and Unreal Engine. His background comes from Microsoft where he worked as a Senior MSP and UniPi Branch Lead, with experience in .NET Programming, Windows Phone/ Windows 8/10 as well as XNA/Monogame and WPF/WCF APIs. His versatile skills allow him to teach Game Programming, Game Production and Design units across the gaming courses here at Solent.

Kostas’ research interests include Gamification, Game-Based Learning, Teaching with Dungeons and Dragons and the psychological aspect of horror games.

Kostas has worked in various programming roles in the past including Frontend Web Developer, Game Programmer, .NET Developer and Freelance Developer.

During his involvement with Microsoft Hellas (4.5 years), he designed and delivered training workshops around .NET technologies but was also tasked with developing and self-publishing a number of Windows Phone, Windows 8 and Windows 10 Apps.

Furthermore, he has been teaching games programming as a lecturer at SAE Institute for a year and a half and has also designed part of their modern BSc in Games Programming course as a South EU Programme Lead.

Kostas’ research interests include gamification of higher education in an effort to increase student motivation through modern table-top role-playing games as a medium, as well as game-based learning and anything to do with Dungeons & Dragons. Furthermore, he is interested in immersion and psychological fear caused by horror games.

Techniques on Multiplatform Movement and Interaction Systems in a Virtual Reality Context for Games, Mar 21, 2019 - IGI-Global.

"Level of Fear": Analysis of Fear Spectrum into a tool to support Horror Game Design for Immersion and Fear, Aug 1, 2018 - Computer Game Development and Education: An International Journal (CGDEIJ).

Kostas is currently working towards his PhD in which he is implementing content gamification to teach game programming through tabletop role-playing game contexts such as Dungeons & Dragons, Call of Cthulhu and World of Darkness.

Fascinated by the technology behind computer games? This professionally-focused gaming degree supports you to develop the skills required to design and create “code” for games...

Take your creative gaming ideas and turn them into marketable gaming products on this exciting undergraduate degree. You’ll work with experienced academics and industry...