Internationally renowned printmaker, Professor David Ferry RE, FRSA has been awarded the honorary degree of Doctor of Arts by Solent University today (Thursday 12 July). "It’s a bit of a maze at the moment really, a muddle between fear and excitement, all sorts of things in one go, in one day, whilst wearing this red gown!" David said.

David was born in Blackpool and studied at the Blackpool College of Technology, the  Camberwell School of Art and Crafts, and Slade School of Fine Art, University College London.

He began his teaching career at the East Ham College of Technology in 1982, then joined the staff of Canterbury College of Art, and later the Winchester School of Art.

In 1999 he became Associate Professor of Fine Art Media at Long Island University in New York, and had his first New York solo exhibition in 2001. Returning from the States, he became Head of Fine Art at the Winchester School of Art.

David shared the following tips with students: "Never lose sight of your intuition and imagination because that can guide us through bleak times, as well as wonderfully momentous ones. Imagination, and the desire to do something."

In 2016 he was invited to give the International keynote lecture for the Print Council of Australia’s 50th Anniversary in Melbourne.

In 2003, David was appointed the first Artistic Director of the Curwen Print Study Centre in Cambridge, a centre he helped establish. 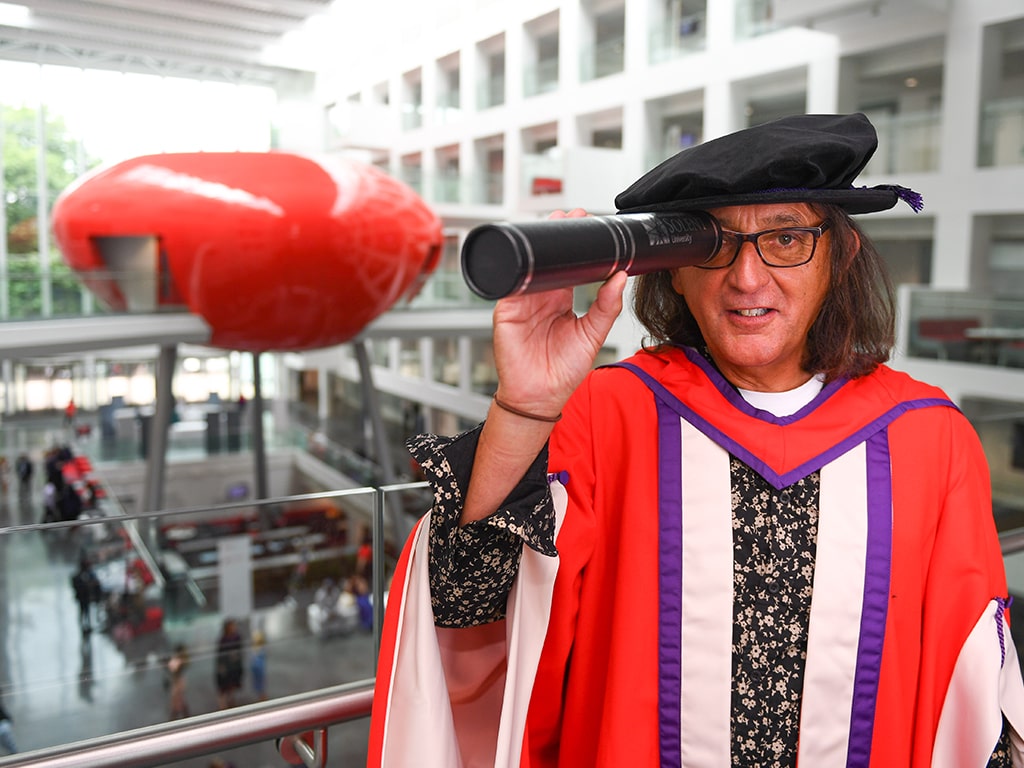 David is Emeritus Professor of Printmaking and Book Arts at the Cardiff School of Art and Design, Wales, and contributes to the outreach and educational work of the Sidney Noland Trust UK. In June this year he curated a late series of unknown paintings by the Australian artist Sir Sidney Nolan in Ireland.

Among many career awards and accolades, David has received a Pollock/Krasner Grant in New York in 2002, won the Bronze Medal at the First International Book Arts Competition in Seoul in 2004, and was the London Print Studio Artists Bursary Award holder in 2007. He is an honorary fellow of the Print Council of Australia, and a Fellow of the Royal Society of Arts.

He is the current Chairman of the renowned Chelsea Arts Club, London.