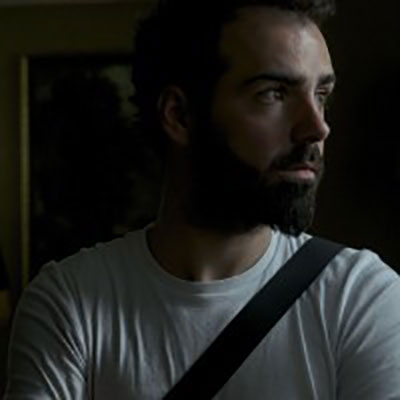 Nicholas is a cinematographer with a wide ranging background in still and motion photography, and experience in both documentary and drama projects. His varied background allows him to be a meticulous planner and highly skilled at troubleshooting during preproduction, but also to improvise and adapt successfully to unplanned situations finding compositions that enhance the footage’s underlying themes even in spontaneous contexts.

Nicholas lived in Italy, Spain, France, Australia and Egypt before moving to London, where he graduated from the London Film School's MA Filmmaking. He has extensive set experience, having worked in the camera/lighting department and as first assistant director on a large number of productions. He often collaborates with poets, rappers and the third sector in creating audio-visual material with socially oriented content.

At Solent, Nicholas is Head of Cinematography and teaches on Digital Cinematography, Crafting the Scene, Fiction and Beyond, Final Major Project and more.