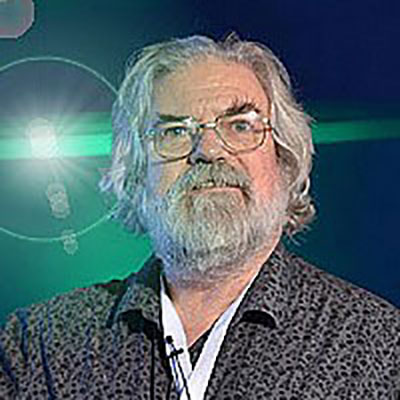 Peter Wilson is an associate lecturer at Solent University, teaching on specialist modules in the media technology programme, while running his company 'High Definition & Digital Cinema Ltd' specialising in hi-tech consultancy and training. He has had a fascinating and wide-ranging career, constantly managing to be at the forefront of pioneering technical developments in television and film.

After an electronic and mechanical apprenticeship, he worked in TV studio engineering, before joining Sony Broadcast, working on TV and recording developments. He moved into High Definition TV early on, working on demo production at Channel 5 in Italy, where he was technical facilitator, and later worked on the ground breaking RAI feature movie "Julia and Julia", which used HDTV production techniques for eventual transfer to 35mm for distribution.

Digital cinema has long been part of his life. Peter organised the technical facilities for the first Digital Cinema Demonstration at IBC Brighton in 1988, in collaboration with Rank Industries, who at that time were the biggest 'players' in British cinema, owning everything from Pinewood Studios to your local high street cinema! Rank was a very high-level technology provider for the TV and film industries, pioneering the use of Texas Instruments DLP technology in cinema. Peter was technical facilitator for the 1989 BBC NHK HD Co-production "Ginger Tree", using the High Definition Video System.

He joined Snell and Wilcox as Product Manager and Product Planner for HD and Display Products. He was chosen as co-facilitator for the UK DTI "Celluloid or Silicon" roadshow in October-November 2000. In 2003, he became Chairman of the EDCF Technical Module, where he continues to work hard on digital cinema inter-operability matters.