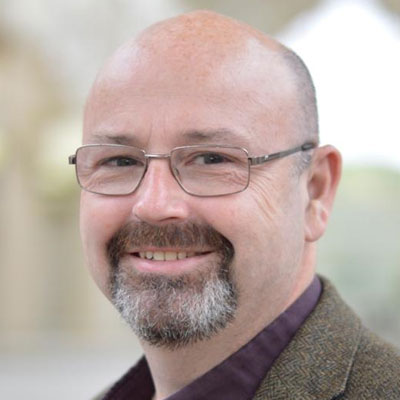 The Faculty is greatly enhanced by its unprecedented links with the media industries, and regularly works with leading companies, such as the BBC, and on high profile projects including Glastonbury Festival and Camp Bestival.

Paul has worked in both higher and further education, and has taught all levels from adult basic education to master's degree level in a career spanning over 25 years.

Paul joined Solent University (then known as Southampton Institute) in 1996 and has taught on most units across media, cultural studies, communication, English and history. His teaching specialisms have been in both theory and practice – most notably in psychoanalysis, cultural theory and creative writing (particularly screenwriting).

Paul’s research interests fall mainly within literature, cultural history and representations of masculinity, predominantly within the period 1870-1930, focusing in particular on the First World War.