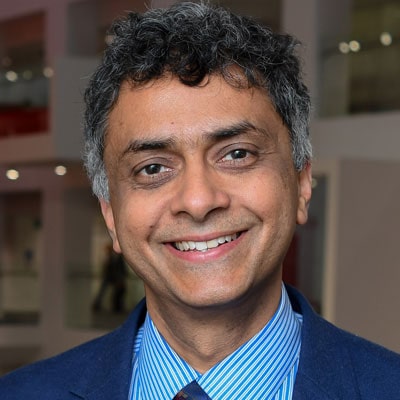 Before taking up his current post in June 2020, Professor Bhattacharya was Dean of the Warsash School of Maritime Science and Engineering. During his four years in post, he successfully carried out major change management initiatives which included a complete revision of the academic portfolio, aligning vocational education with the rest of the University’s HE provisions, restructuring the staff base, and relocation of the teaching and training facilities - including planning, designing and building of the University’s new Maritime Simulation Centre in Southampton.

Before joining Solent, Professor Bhattacharya was affiliated to Plymouth University for seven years as an academic and a researcher. Prior to this, he was a recipient of a Nippon Foundation Scholarship to read for his doctoral award in Cardiff University, UK which he completed in 2009.

Professor Bhattacharya began his career in the Merchant Navy, where he served for over 15 years on oil tankers, two of those as ship captain and another two as manager of a fleet of ships in Singapore.

At the beginning of 2020, Professor Bhattacharya received the prestigious Hind Rattan (Jewel of India) Award, which is awarded annually to eminent persons of Indian origin and is considered the highest civilian award for the Indian diaspora, in recognition of his outstanding contributions in education.