Daniel Feist, Head of Cricket Operations at Essex Cricket, received an honorary degree of Master of Business Administration today from Southampton Solent University for his outstanding work in sport development.

Daniel Feist, Head of Cricket Operations at Essex Cricket, received an honorary degree of Master of Business Administration today from Solent University for his outstanding work in sport development.

Daniel graduated from Southampton Solent University in 2002 with a BA in Sports Studies and, while at the University, was heavily involved in student sport, having served as club captain for football and cricket, and leading many of the other university sports clubs, as well as being involved in games and training. 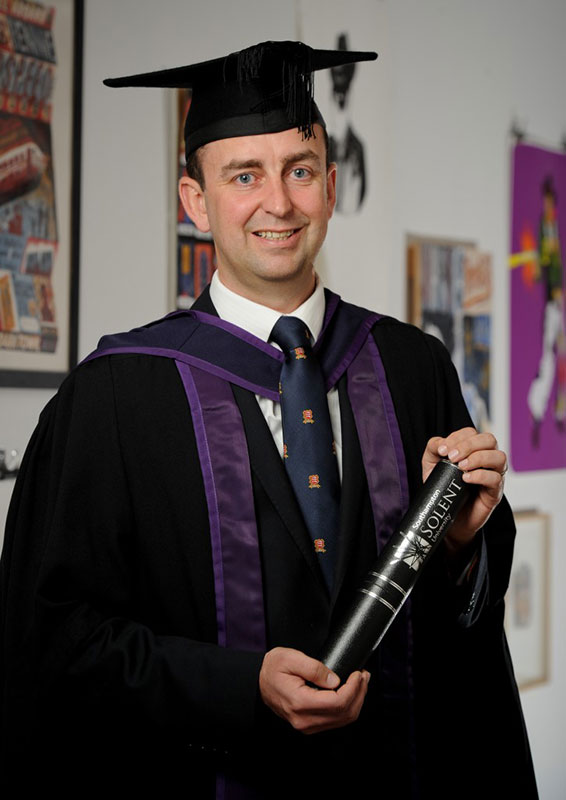 On receiving his award of Honorary Degree of Master of Business Administration  at the awards ceremony on 21 November, Daniel Feist said: “Be honest with your vision of where you want to be but brave enough that to get there you may have to go like any Solent rugby or rowing team, backwards to go forwards.

“If you are strong enough to realise that the worst anybody can say to you is ‘no’, you will soon believe that anything is possible. Like all good sportspersons you will see this as a challenge to overcome and one you will in time succeed at, like graduating today.”

Following his graduation, Dan took the role of Vice-President (Activities) in the Solent Students’ Union.  During these two years, Dan was a key player with the British Universities Sports Association (BUSA) organisation, becoming student vice-chair in 2003 where he sat on the group that led to the setting up of the British Universities and Colleges Sport (BUCS).  In 2004, Dan moved into the role of Sports Development Officer for Sport Solent at Southampton Solent University, helping to sustain ‘Team Solent’, including the introduction of local league participation.

In 2006 Dan took up a position with the London Borough of Richmond, followed by roles within School Sports Partnerships in Surrey and Croydon.

Dan has also seen volunteering as a key part of his development and has undertaken positions on a range of committees, holds the role of Development Officer with his local cricket club and has recently been invited to become a Senior Governor for a local junior school.  Following his experience of coaching for Hampshire, Surrey and now Essex, Dan continues to be a lead tutor for the English and Wales Cricket Board (ECB) and, last year, was recognised for his outstanding contribution to coaching by the ECB.