Marieanne Spacey-Cale, Head of Girls and Women’s Football at Southampton FC, has been awarded the honorary degree of Doctor of Sport by Solent University, Southampton today (Wednesday 6 October).

Marieanne is the Head of Girls and Women’s Football at Southampton FC and has long been one of the biggest names in the women’s game.

Quickly establishing herself as one of the most promising young attacking players in the sport, in 1993, Marieanne made a big move to Arsenal Ladies, spending eight incredible seasons playing for the Gunners, winning four league titles and four FA Cups, with then manager Vic Akers describing her at the time as "one of the most feared forwards in the game."

In 2002, Marieanne signed for Fulham, where the success continued, notably winning a domestic treble during the 2002/03 season, before retiring from playing in 2005, with a total of five league titles, six FA Cups and five League Cups to her name.

Alongside a successful club career was a remarkable body of work at international level with England's Lionesses, as Marieanne earned 91 caps and scored 28 goals between the years of 1984 and 2001, which included representing her country in its first FIFA Women’s World Cup appearance, in 1995.

England manager Mark Sampson appointed Marieanne as his assistant in December 2013, and she went on to help the Lionesses to third place at the 2015 World Cup, in Canada.

In July 2018, she was announced as the Head of the Girls and Women's programme at Saints, winning the double in her first season in charge as head coach.

Commenting on her award, Marieanne says: “I am extremely honoured and flattered to be awarded an Honorary Degree in Sport from Solent University. I have played for and worked with some fantastic people who have supported me throughout my career and without these people I wouldn’t be in a position to receive this Honorary Degree. I hope that my journey will inspire others to follow their dreams and create memories to be proud of’ 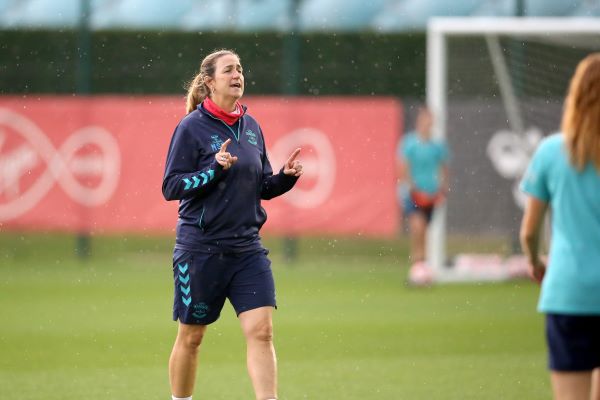