Captain Nigel Palmer OBE MNM has been awarded an honorary degree of Doctor of Maritime Operations from Solent University. for his work to enhance maritime training.

Captain Nigel Palmer OBE MNM has been awarded an honorary degree of Doctor of Maritime Operations from Solent University.

Captain Palmer’s work to enhance maritime training, while he was Chair of the Merchant Navy Training Board, resulted in the introduction of a Foundation Degree programme for UK Officer Cadets, such as those delivered at the University’s Warsash Maritime Academy. 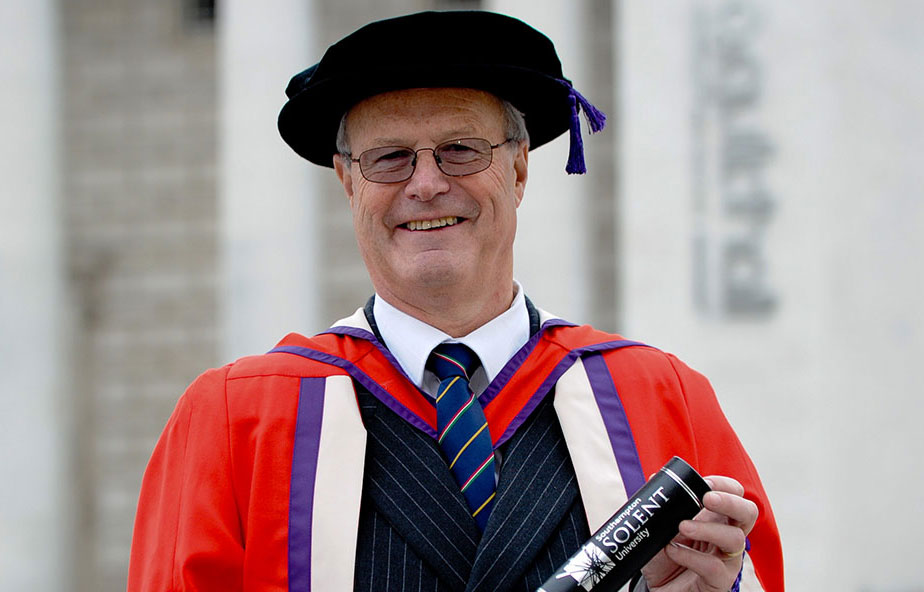 On receiving his award of Honorary Doctor of Maritime Operations at the awards ceremony on 20 November, Captain Palmer said: “It is a great honour and privilege to be standing here today at the heart of one of the world’s great maritime cities and in an institution dedicated to continuing that heritage.

He continued: “You are fortunate to come from a country with an unrivalled reputation for maritime skills and to have attended a university with a global reputation for excellence – make the most of the advantages you have.”

Captain Palmer began his career at sea as a cadet with the BP Tanker Company in 1967 and served on a variety of ships before commanding ‘British Humber’, a 25,000 dwt product carrier, in 1984. Captain Palmer was seconded to the Australian North West Shelf Liquefied Natural Gas Project in Tokyo and Melbourne in 1991, subsequently returning to the UK in 1997 to head-up the BP Shipping Fleet of oil, gas and offshore vessels, where he retired as Director of Government and Industry in 2004.

He has taken on a number of appointments that allow him to use his expertise to support maritime issues, with roles including Chair of the Merchant Navy Training Board from 2000 to 2010, Chair of the Maritime Skills Alliance since its formation in 2004, and non-executive Director of the Maritime and Coastguard Agency from 2007 to 2011.

In 2007, Captain Palmer was awarded an OBE for services to the shipping industry and in 2013, he was awarded the Merchant Navy Medal for his work in maritime training. He continues to be actively involved in the shipping industry and is an Elder Brother of Trinity House, Chair of the Britannia P&I Club and Chair of the Marine Society and Sea Cadets.