Singer songwriter, Holly Johnson has been awarded an honorary degree of Doctor of Arts.

Singer songwriter, Holly Johnson has been awarded an honorary degree of Doctor of Arts by Solent University today (Thursday 12 July).

He said: "Receiving this award was quite unexpected but quite exciting! I’ve had many career highlights – three number one singles, meeting my heroes like Andy Warhol and David Bowie and being in a Hollywood movie – but today is a particularly special one I think!"

Holly Johnson is best known as the lead vocalist of Frankie Goes to Hollywood, a band that achieved massive commercial success in the mid-1980s. Prior to that, he was a bassist for the band Big in Japan. But it was Frankie Goes to Hollywood that would catapult Holly to stardom following the phenomenal success of their debut single Relax, which became one of the best-selling singles of all time.

Following the release of the group's second single, Two Tribes, Relax started to climb back up the UK charts again and re-attain number-two spot behind Two Tribes at number one, representing simultaneous chart success by a single act, unprecedented since the early 1960s.

Johnson penned many of the hits from the Frankie years and enjoyed success as a solo artist with the hit album Blast, which reached number 1 in 1989.  Subsequent solo albums include Hollelujah, Dreams that Money Can’t Buy, Soulsteam and the critically acclaimed Europa.

Learning that he was HIV positive in 1991, Holly temporarily withdrew from public life and returned to his first love, painting. His works have been exhibited at the Tate Liverpool and the Royal Academy. He has also contributed to Modern Painters and the Paul Smith-sponsored Carlos magazine. 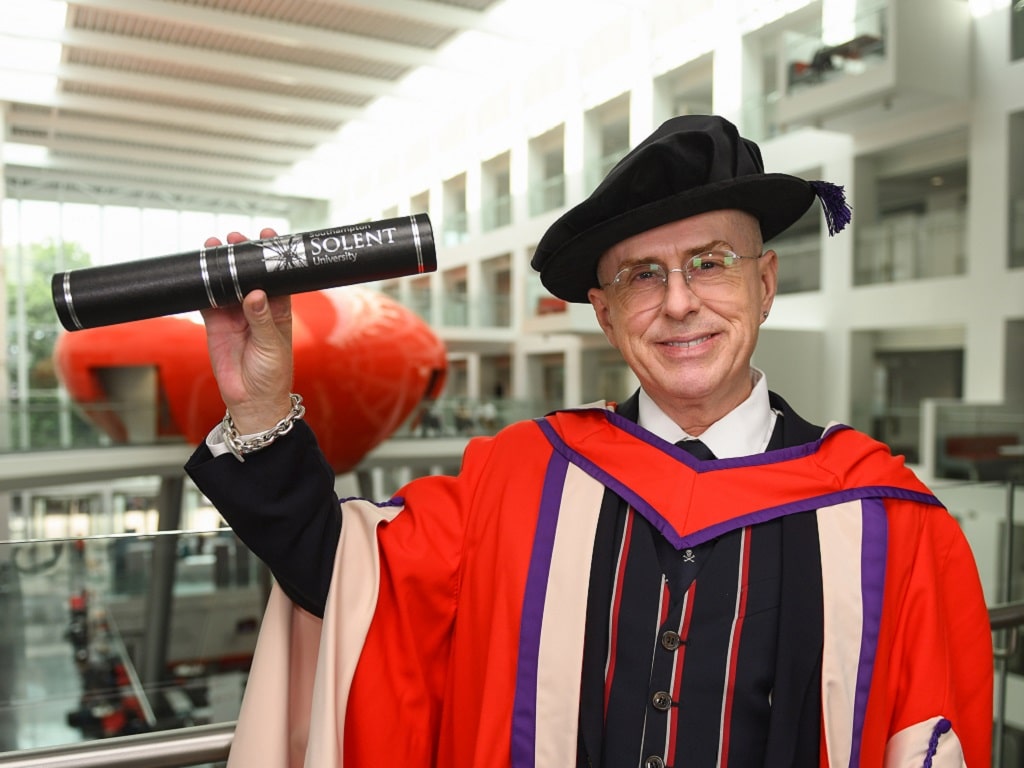 In March 1994, Johnson's critically acclaimed autobiography A Bone in My Flute was published, in which he discusses his struggle with, and acceptance of, his homosexuality. The same year, he recorded a new single, Legendary Children (All of Them Queer), whose lyrics referred to famous LGBT people throughout history. During 1994, he performed live at London's Gay Pride show, where he performed Relax, Legendary Children and The Power of Love.

Holly is a Visiting Professor at Solent University, where he has worked closely with the School of Art, Design and Fashion.

Giving top tips to students graduating today, he added: "One piece of advice I think is wonderful is ‘get behind yourself and give yourself a push’ – because that’s what you have to do. You’ve laid all the groundwork now, and doors will open for you, but you must propel yourself through them. Nothing will just fall into your lap, you have to get out there!"