Dave Elsey, renowned creator of special effects in the film industry, has been awarded the honorary degree of Doctor of Design by Solent University today (Monday 8 July).

Dave Elsey, renowned creator of special effects in the film industry, has been awarded the honorary degree of Doctor of Design by Solent University today (Monday 8 July).

Dave, who is perhaps best known by genre fans for his role as the creative supervisor on the sci-fi TV award winning series, Farscape, for which he designed and maintained up to 600 different creatures, has a resume that has been likened to a cult-film dream list. 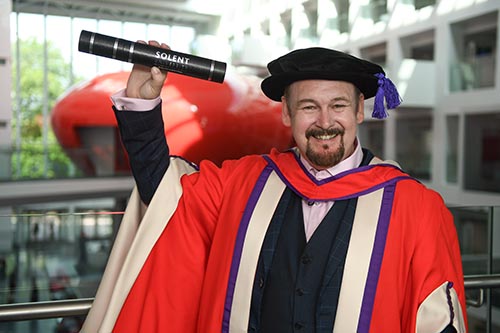 Just some of his work includes working as a special make-up effects artist on Hellraiser, Mission Impossible 2 and Indiana Jones and the Last Crusade. He also worked on the cult classic, The Little Shop of Horrors as an animatronics expert and created ‘creature’ effects in Alien 3. 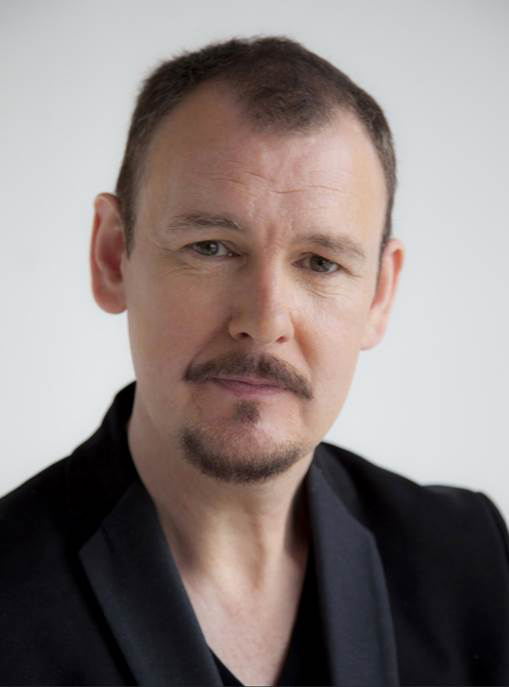 In 2005, Dave landed the role of creature shop supervisor for Star Wars: Episode III Revenge of the Sith, where he worked alongside legendary filmmaker George Lucas to bring all the film’s prosthetic creatures to life. For his work on this film, The Academy of Motion Picture Arts and Sciences nominated Dave for an Oscar Award for the category of Achievement in Makeup in 2006.

As a key artist within the international film, television and music video industry, Dave’s influential and ground-breaking work is often cited and referred to in teaching practice and in critical discussions in seminars and lectures.

Commenting on his honorary degree Dave said: "I’ve been lucky enough to work on some amazing film sets, alongside people who are often recognised around the world for their outstanding work in TV. To be awarded this honorary degree by Solent University for my work in film is a huge honour, and I am humbled that my work is being referenced in academia.”